John Dory have been revered as one of the most succulent white fish in Upscale Dining for decades. Globally known and respected, John Dory has had a place in some of the best restaurants in the world. The firm yet supple white flesh has naturally high levels of glycogen that translates into a brilliant sweetness. John Dory fillets cook to paper white flake that are loaded with moisture. It’s an elaborate protein that requires little effort to perfect. If Sole or Turbot have had succeses on your menu, John Dory will enamor your guests.
The John Dory, also known as Saint Peter Fish, Saint Pierre, and Martin’s Fish, inhabit cold waters around the world, but are predominantly sourced, by SeafoodS.com, from the pristine waters of New Zealand. Known as Kaparu by the Maori, the John Dory has been documented as a celebrated protein since James Cook’s first visit to New Zealand in 1769.

SeafoodS.com has your John Dory. We have secured direct imports from the leading fisheries in New Zealand, and are positioned to supply John Dory nationally. SeafoodS.com’s Priority Overnight Deliveries ensures the highest quality and guaranteed freshness. With direct flights from the fishery to LAX, we position our customers to “buy like a distributor”. There is no simpler avenue for securing John Dory, and we are committed to supplying the finest proteins in Fine Dining. 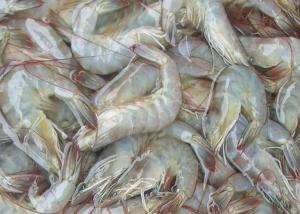 Baja Fresh Shrimp provide a bright balance that stands on its own in the sometimes congested shrimp offering. Litopenaeus vannamei. Widely known as Mexican White Shrimp or Whitelegs, the Baja Shrimp have a unique “fat’ from cold Pacific waters. The nutrient rich Sea of Cortez and Gulf of California supply the algae blooms that fuel this Fall migrations.

Harvested off of the fishing villages of the Baja Peninsula, day boat trips produce small catch, hand graded, superior Shrimp for you and your guests. Coastal quality anywhere. Feature it this weekend.

“As a restaurant that specializes in serving top of the line global seafood, one of the most essential relationships that must be established is the one between the chef and purveyor. Seafoods.com has gone above and beyond to meet my needs at my restaurant and I highly recommend them to anybody seeking high caliber seafood products in the industry. My vision for Preview Modern Seafood is to bring innovative seafood, fresh global cuisine, and a new approach to fine dining to the Houston suburbs. I want to be the top seafood destination for the greater Houston area!” – Chef Jason Liao

Jason began his career in the restaurant industry at the age of eighteen starting off as a waiter at Sushi Niichi while he was attending the University of Texas. Originally studying to be an engineer, a series of life circumstances led him to enter the restaurant field full time at the age of twenty one when he began his sushi training as a apprentice at Umi Sushi Bar and Grill in Austin, TX.

A year later, Jason left Umi and joined his original restaurant mentor David Hsieh in his newly opened Nanami Sushi Bar and Grill in South Austin. Recognizing Jason’s growing creativity behind the line and rapport with sushi bar customers, David stepped back and allowed Jason to hone his skills with little to no restriction. Jason continued to advance, quickly passing up the rest of the sushi line in both skill and knowledge of the cuisine. A year later, David handed over the reins and promoted Jason to head chef of the sushi line.

With his new position, Jason began to truly work towards his ambitions of becoming a renowned chef and brought local attention to the family owned South Austin restaurant. He began to take influence from other schools of cuisine as well as chefs and began creating his own brand of “modern fusion.” He devised tasting menus based on his creations and garnered a following among Nanami’s regulars.

He first hit the media on the cover page of Austin 360 in the featured article One Man’s Journey Into Sushi, a anecdotal account of reporter Jason Whaley’s experience with Jason. Soon, other media began to take notice. So far he has been featured in notable blogs The Alcoholian, ATX Food News and others as well as becoming a nominee for Eater Austin’s Hottest Chef’s in 2012. In 2013, he was featured along with other Nanami’s staff in Community Impact magazine shortly before he parted ways to return to his hometown Houston to begin a new chapter in his life. His first restaurant, “Preview”, is named such because Jason feels that it is his first true debut in the restaurant scene, and that there is “more to come”.

(The Bio of Chef Liao was provided by Preview Modern Seafood Cuisine.)